In its simplest form, microfinance provides basic financial services, such as credit and deposit-taking, on a very small scale, to historically marginalized populations that do not meet the criteria to do business with conventional banking institutions. This covers people whose lack of access to collateral means they cannot qualify for credit, and includes the world's poor, who number over one billion and who live on less than $1.25 per day. Microfinance encourages economic stability through income generation rather than subsidies.

There will never be enough charitable outreach to solve the problem of world poverty. Charity alone can not address the crisis of the chronic poor. By providing credit to start small businesses, microfinance is empowering the poor to raise themselves out of the cycle of poverty. Microfinance initiatives are changing the face of poverty one borrower at a time.

According to the UN's Capital Development Fund: "Comprehensive impact studies have demonstrated that:

Microfinance is a long term investment in human potential that has the power to generate long term economic returns while simultaneously improving grass roots political and social involvement. While third-party institutional aid programs that try to dictate development in emerging nations from the top down have historically failed, microfinance has the promise of promoting in-country development from the bottom up. The key is focusing on improving the capacity of motivated local populations - the very people who are most vested in promoting long term, lasting economic improvements in their families, communities and countries. 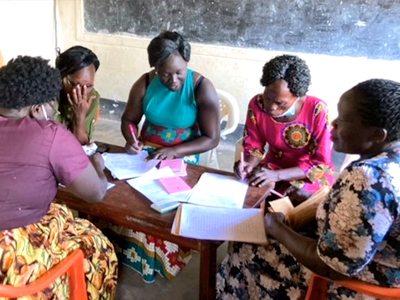 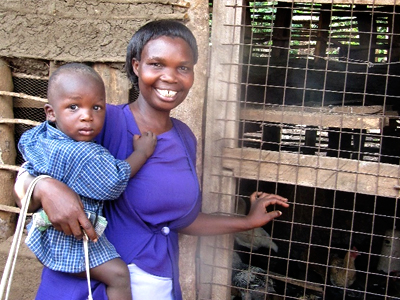 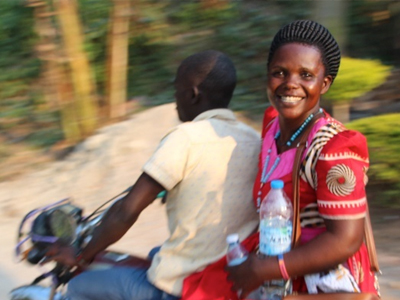 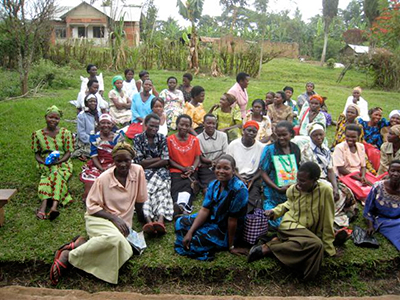 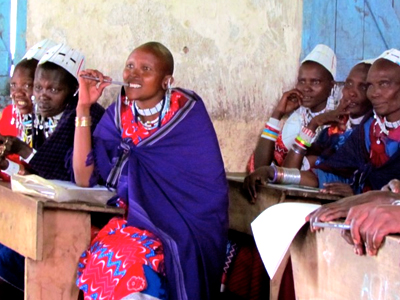 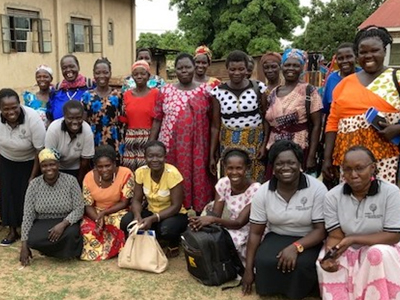 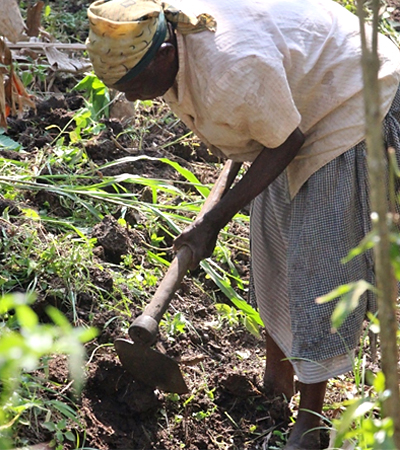 Microfinance runs counter to the traditional approach of international institutions such as the World Bank and International Monetary Fund (IMF). Created during the waning years of World War II, the Bank and IMF had dual roles of promoting the continued growth of world trade and encouraging the free flow of capital, along with the orderly development of world currencies. Along with the U.N. Development Program, these international agencies were a post-War prescription for combating poverty in developing countries.

Large-scale institutional programs focused on specific infrastructure development projects. These programs were often so large and complicated that the beneficiary country could not absorb the amount of aid nor sustain the projects, making them susceptible to corruption, nepotism and the siphoning of aid dollars. Developing countries dedicated large portions of their budgets to simply paying salaries, leaving few resources to deliver services to the poor. Thus, governments were the beneficiaries of loans and aid projects, but not always their people.

International donors also tended to dictate various requirements for accepting aid, which meant that governments abdicated their decision-making responsibility and failed to develop prudent governing skills. Free services were not valued by recipients and recipients were not vested in the success of many aid programs.

In 1973, ACCION International, a volunteer organization providing infrastructure services to the poor, initiated a new program in Brazil, where it began making small loans to the poor for income generating businesses, instead of offering free services. The loans allowed people to establish self-sustaining businesses that helped stabilize their financial status and lift them out of the cycle of poverty.

In his groundbreaking study of the financial activities of the poor in Bangladesh, Mohammed Yunus, founder of Grameen Bank, documented that contrary to popularly held notions the poor are economically active. They use very limited resources extremely effectively. They have to be resourceful in the skills necessary for daily survival or they simply would not survive.

Based on his observation that the poor are hardworking and industrious, Yunus determined that the poor were not unbankable, but were historically overlooked by conventional banking institutions because they lacked access to material collateral.

From a financial standpoint, material collateral is the most obvious security for a loan. But, if the point of collateral is to ensure loan repayment, other non-material considerations might in fact be just as effective. In lending to the poor, Yunus found that they were an excellent credit risk and repaid their loans timely because they were highly motivated to escape poverty. From a motivational standpoint, it could be argued that the poor are even more motivated to repay loans than the well-off, because the loans are the only route to the improved living standards that the well-off already enjoy.

There is no set standard for the delivery of microfinance services to the poor. Several microfinance organizations, like FINCA, issue a bulk loan to a village group.

Grameen Bank of Bangladesh operates on a community association model. Groups of approximately five to eight individuals are organized into centers of 40 or so borrowers. Loans are made to two individuals in the group and upon repayment the other three group members are eligible for loans.

Village Banks CRECER, active in Bolivia, uses the village bank method with small groups of five to eight women organized into a village bank of 15-30 members Other organizations use variations on these basic lending models.

Most microlending models contain a sequential loan feature. Loan amounts start small and have a short repayment term. Upon successful repayment of the initial loan, the borrower can apply for additional loans, frequently with longer terms and increasingly flexible features. By developing a reliable track record, borrowers earn their way into expanded loan options. 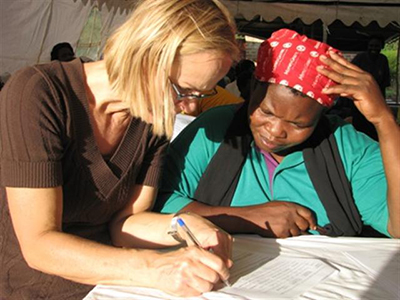 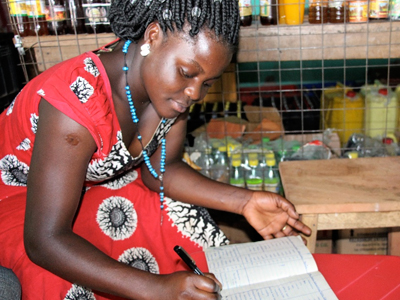 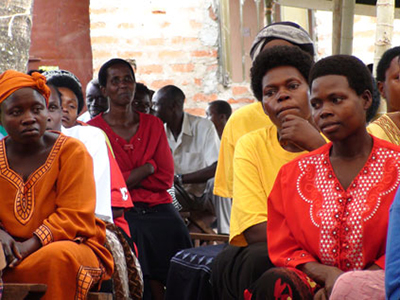 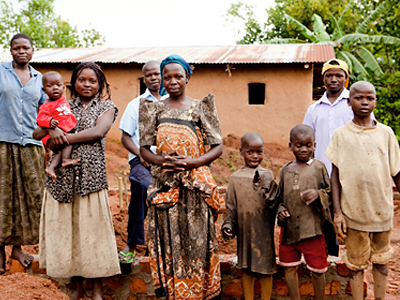 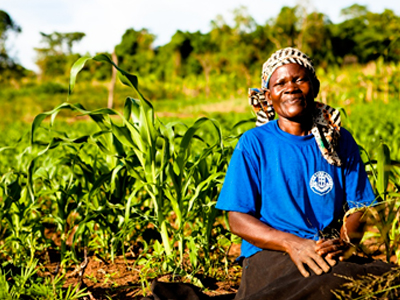 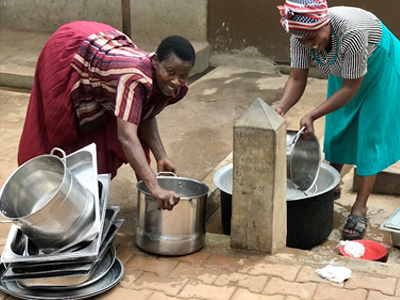 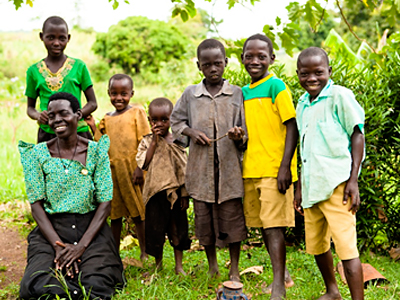 "The feminization of poverty."

UN statistics reflect that women represent the overwhelming majority of the world's poor. Women have a higher unemployment rate than men and receive lower wages when employed. Typically, they are excluded from access to financial service. They are socially disenfranchised, geographically isolated and vastly undereducated compared to men. All of these factors have contributed to the feminization of poverty.

Yet, women emerged as more reliable microfinance clients than men. They were more likely to repay their loans in a timely manner and less likely to default. In one comparison of gender specific lending conducted by the Sinapi Aba Trust (SAT), a microfinance organization in Ghana, SAT found that the arrears rate in their all-male lending facility was 250% that of the all-female lending facility.

"Women are less likely to spend income in a non-productive, short-term manner."

Evidence from microfinance organizations such as the Women's Entrepreneurship Development Trust Fund, the UN's Children's Defense Fund and UNIFEM found that women's economic empowerment raises the living standard of the entire household because women are less likely to spend income in a non-productive, short term manner. Women's priorities for spending income are: children, medical services, nutrition, school fees and household needs. Their primary interest is the well-being of their families. Lending to women produces a positive ripple effect of improved health, education and welfare for all household members.

An excellent credit risk from the lender's standpoint, women have demonstrated attributes that makes them more attractive as customers. On the whole, they are: co-operative and willingly attend weekly meetings; averse to taking undue business risks; cautious about extending credit to business customers; and, committed to the mutual guaranty of loans. Lenders have found that a woman will have a very positive attitude about validating the trust which a lender shows to her by making the loan and providing her the opportunity to engage in business ventures previously reserved to men.

Advocating for self and family In addition to improving the prospects of the household ingeneral, access to microcredit empowers women. Along with economic rewards, women who are able to operate successful micro businesses gain self-confidence, independence and a sense of pride in their accomplishments. They enjoy increased respect in the community.

Operating their business requires the women to become skilled in dealing with suppliers, marketers and customers. Learning to negotiate business hurdles improves their decision-making ability. As they become more confident, they are likely to become more involved in their communities and local institutions.

Gradually, these skills can migrate to social and political circles so that women become more adept at advocating for themselves and their families. Learning the process of accessing, or advocating for, much needed local services can accelerate poverty reduction on a multitude of fronts. Microfinance is truly an investment that improves women's social capital and promotes gender equality through economic success.

Most of the established microfinance organizations, such as CRECER, Grameen and FINCA, experience loan repayment rates in the 95 - 98 % range. This is far higher than that experienced by commercial lending institutions, thereby indicating that not only do the poor want financial services, but they need them, are willing to pay higher interest rates for them, and can profit from them.

Although microbusinesses operate on a very small scale, they typically have extremely high rates of return. This explains why borrowing from moneylenders at usurious rates is still common - the borrowers can frequently repay the loans and still make a profit.

The ultimate goal of microfinance initiatives is to merge participants into the world of mainstream financial services. Large-scale institutions are not structured to provide the hands-on training or support that microfinance initiatives provide and can not afford the high transactional cost and low profit from administering multiple small loans in rural areas. Microfinance helps the poor evolve into attractive customers for commercial institutions. Successful local village bank facilities that have been funded by microfinance initiatives can become self-sustaining and expand to offer an array of financial services while attracting professional staff and management. In sum, microfinance services can operate a variety of services to reduce the level of day to day risk in the lives of the poor and stabilize their financial well-being. 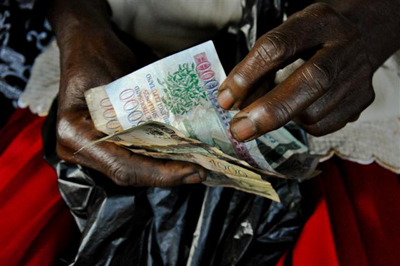