Day-to-day loan program operations at each loan hub in East Africa are managed by local women whom WMI has trained. The women are members of the loan program and leaders in their communities. WMI only works through partnerships with registered, woman-focused, local organizations.

WMI operates from a rural headquarters in Buyobo, Uganda with additional physical loan pavilions located in outlying villages (making loan issuance and repayment logistically feasible for busy village women who are wives, mothers and entrepreneurs). Our team at the Buyobo Women's Association manages the local loan hub in Sironko District, Uganda and also provides supervision and oversight for all other loan hubs in East Africa. 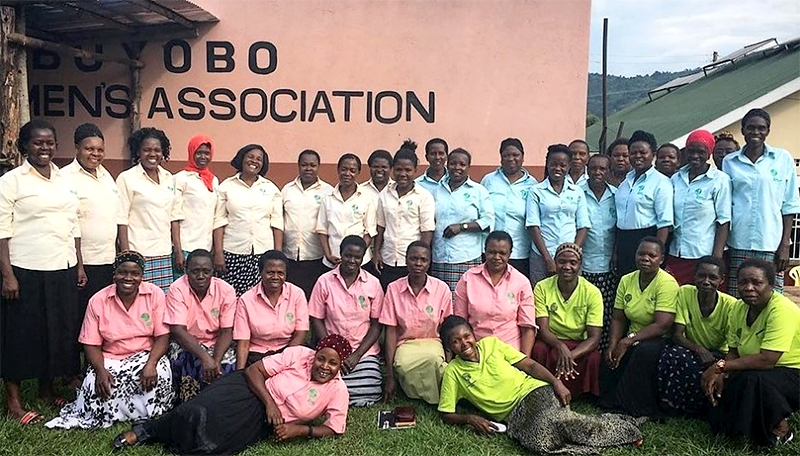 The BWA staff of 35 women has developed tremendous experience in rural microfinance operations and training techniques that are tailored to the needs of village women. They have sent training teams to all of the loan hubs in Uganda, Kenya and Tanzania. 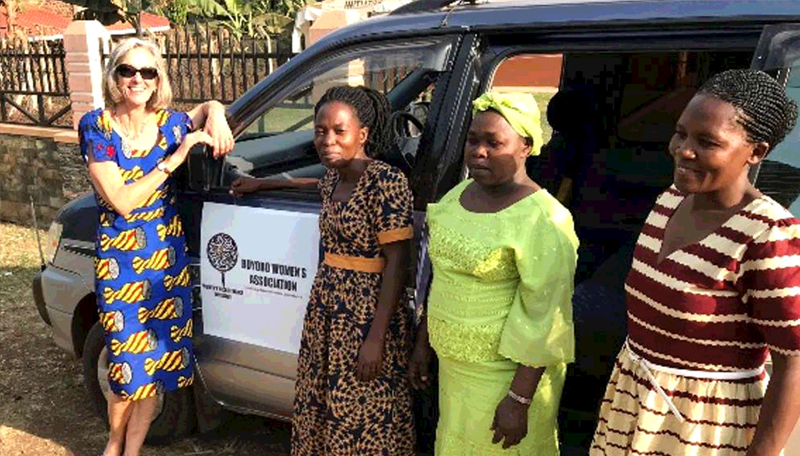 WMI has invested heavily in human capacity development with its local partners. Our core groups of trainers were trained through a Training to Train program developed by the World Bank. Building on this base, they then developed their own training manuals and protocols. Incorporating songs, skits and role-playing, our trainers teach business skills and record-keeping in a friendly format that resonates with rural women. The WMI board communicates regularly with the East Africa management team, providing resources and input to ensure continuing education for local staff. Each year WMI's president conducts an annual field visit to review operations and collaborate on plans for the upcoming year. 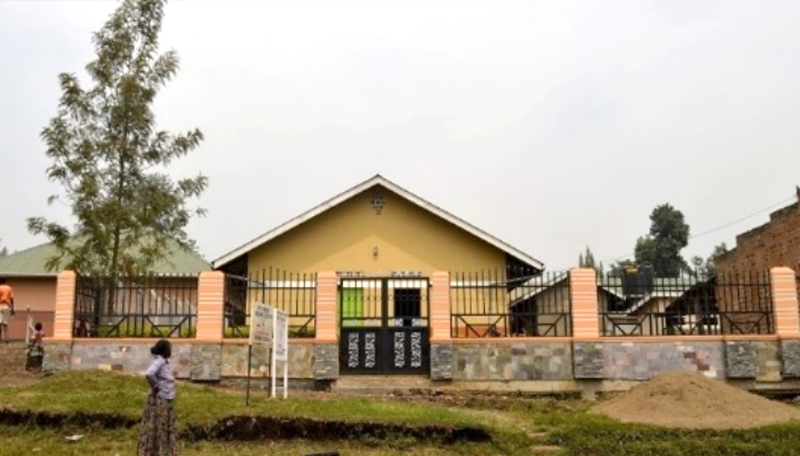 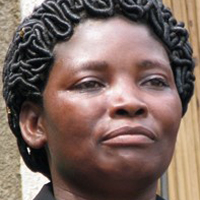 Born in Mbale, Uganda in 1965, Olive was the fifth of 14 children. Her father was killed during the Idi Amin regime when Olive was 10. Olive was sent to live with an aunt who could help support her and she worked her way through teacher's college, eventually becoming a primary school educator. She is extremely active in the community serving as the treasurer for the Buyobo Secondary School Board and Buyobo Church of Uganda. Olive has six children, all headed to or already graduated from university.

As a pioneer borrower, Olive was key in establishing the loan program in communities in the Mt. Elgon region of Uganda and became chairperson of the Buyobo Women's Association in 2008. This organization was WMI's first loan program partner. As the WMI loan program grew, Olive's role expanded to supervision and oversight of all operations in East Africa. Olive is also a businesswoman, selling produce like maize, beans, and rice in bulk to schools and institutions. 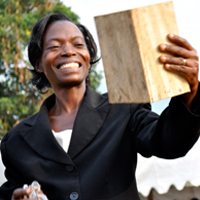 Jackline was born in 1972. Before acquiring a WMI loan, she was barely supporting her family of 5 by selling cold drinks by the side of the road. After receiving her WMI loan, she went back to school and trained as a teacher which helped her in acquiring methods and skills to supplement WMI's training. She began to assist at loan program training sessions and then attended the World Bank "Training to Train" session. She is now a certified trainer as well as a primary school educator. She is also a gifted singer and helped write many of the WMI training songs. Her elder sons have graduated from technical school and younger children are continuing their education.

As Assistant Director, Jacqueline works aside Olive in all aspects of loan program operations. She is responsible for managing accounts, recording new borrowers, co-chairing staff meetings as the Vice-Chairperson, organizing trainings, and organizing the auditing of borrower's registers. 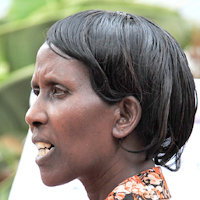 In March of 2008 she joined WMI as a borrower and volunteered to help organize her group members. Irene was promoted to Coordinator and selected to participate in Training to Train in order to help educate the women who were participating in the loan program. She runs a business in second-hand clothing. 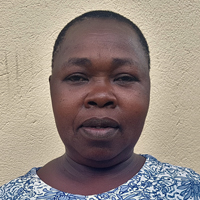 Born in 1960, Grace trained as a primary school teacher and taught for 39 years before retiring.

Grace joined WMI in January of 2009 as a borrower, and filled many roles for the organization, such as librarian, Local Coordinator, and chief computer operator before graduating to Local Operations Manager in 2013. Through the WMI loan program, Grace started her first business of buying and selling produce, and with her second loan, she finished the construction of her rental property, which brings in most of her current income. With the WMI loan program, Grace managed to provide her 8 children with scholastic materials, and all have attained a higher education. 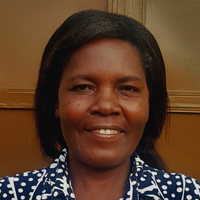 Born in 1967, Agnes started her career in 1989 as a primary school teacher, and was later promoted to Deputy Headteacher at Buyobo Primary School. In 2009, she became a Local Coordinator for WMI and then chief assistant to the Operations Manager.

She received her first loan from WMI in 2008, which she used to finance her "Bogoya" (banana) business. Currently, she deals in second-hand clothing sales, which helps to support her family. With the additional income she has received through the WMI Loan program, Agnes has managed to pay school fees for her four children and has also built a permanent residence for her family. 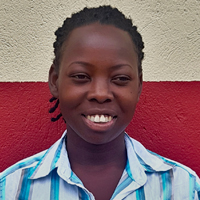 Through her mother Olive, Milly had been exposed to the efforts of WMI since its founding. In 2010, she started volunteering at WMI. While completing secondary school, she was the secretary and helped with office work. Upon graduating from Makarere University with a degree in finance in 2016, Milly was hired as assistant to the WMI Resource Fellow and subsequently graduated to the position of Finance Manager. Milly is responsible for all of BWA's financial operations and also provides support to the other WMI loan hubs. Fluent in Lugisu and English, Milly also assists our fellows and interns as they interact with borrowers who may not speak English fluently. 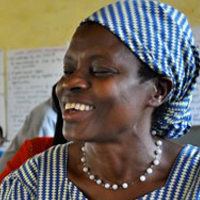 A graduate of the New Era Secretarial College in Nairobi, Ms. Bigala worked at Bududa Secondary School for 25 years. She joined Bududa Vocational Institute in February 2010 and is widowed with 7 children. 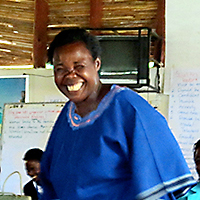 Jennifer is 50 years old and married with 5 children. She and her family live in a semi-permanent house in Butinduyi village in Manafwa District. She is a dynamic leader and well- respected among the women and in the local community. Trained as a school teacher, Jennifer now operates a tailoring business in the village. 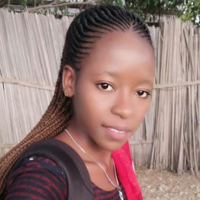 Sinyati was born in 1998 at Engaruka village. She is the last born of her eight siblings. Her parents were pastoralists and her dad died in 2009. She grew up in a very rural environment marked by extreme poverty. Sinyati performed well in primary school and went on to Irkisale Secondary School, graduating in 2016. 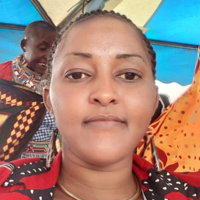 Manuella was born and raised in Samburu in the North East of Kenya. She holds a certificate in business administration from Meru university. Manuella worked for Samburu county government for 1 year as a secretary in the County Government Finance Office. She currently lives in Maasai Mara with her husband and 2 children where she runs her Agrovet. 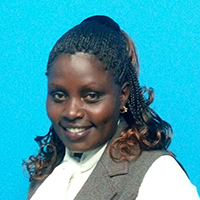 Ms. Mwende handles the day to day financial management of the loan program serving Ngarendare in East Laikipia; Ntumburi in Meru District; and other villages surrounding the Lewa Wildlife Conservancy in northern Uganda. She holds a first degree in Business Administration and is close to completing a Masters in Business Administration. She is also a certificate holder of accounts training.

Before joining Lewa in 2011, she worked for a rural bank project which focused on financial inclusion for villagers. She is extensively engaged in the business skills and financial literacy training for our borrowers in northern Kenya. 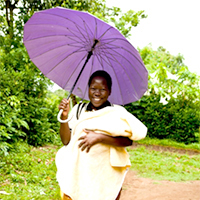 Winnie is the backbone of the BCDC and has been with the organization since its inception in March 2009. Winnie was born and raised in Buseesa Parish, having attended the SND's Notre Dame Academy up through her O levels. Winnie went on to receive a diploma in secretarial studies, foregoing further education in order to send her younger siblings to primary, secondary, and nursing school, and to support her family.

As the BCDC Director, Winnie attends all monthly loan meetings and monthly Supervisory Committee meetings, conducts visits to BCDC members' businesses, and manages the BCDC's accounts. She became the head administrator of the WMI loan program when WMI partnered with BCDC's existing loan program in late 2012. 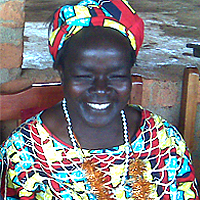 Jennifer is married with six grown children. For her formal education, she completed 12th grade or Form Four at Butere Girls Secondary School near where she grew up in Kakamega District. Her career as a senior manager with KENYA POSTA spanned thirty years. She has now retired and is a general farmer here in Shikokho.

She is one of the six founding members of the Shikokho Women's Group (SWG), begun in 1979. She values their long history together, as well as their enthusiasm during the United Nations Conference on Women in 1985 and the active days with Maendeleo Ya Wanawake, which energized them to incorporate and work together to better the community through self-help projects and led the progress toward individual businesses and training in partnership with WMI. 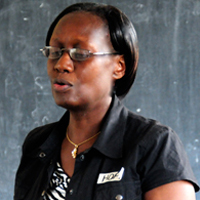 Ms. Kazahura, a widow, cares for her 3 children as well as 3 orphans from her extended family. She worked as the Director of Kabale's Drucilla Balaba Training Center, which provides vocational training to young girls, and in 1997 was promoted to her current position of Project Director for Compassion International, where she oversees several centers and directs all child development activities.

As the co-chair of ELWG, she coordinates and trains loan groups, handles loan issuances, complies borrower reports and provides empowerment information sessions in nutrition, health and education for the ELWG. 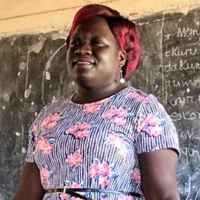 Harriet has provided leadership as chairperson of AWUFPE since its' inception in 2018. She was educated as a teacher and has taught all grades of primary school for the past three years and has served with distinction as Head Teacher. She serves as the Vice-Chairperson for a Bridal Group and is active in the Women's Fellowship Group at her church.

Levina Emmanuel Margwe joined TLA as Treasurer in 2013. She is married and has six children: four boys and two girls.

Before joining TLA she was involved in a co-operative meat selling business with other women, buying livestock at the auction markets then butchering and selling the meat. She gained administrative experience managing the co-operative's activities.

Through her WMI loan and training, Levina has expanded her business, adding dairy cows and a vegetable plantation. With her business profits, she has made extensive improvements to her home. Levina is an inspiration to many local women, who see her successful example of a rural businesswoman. 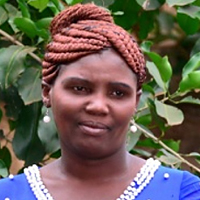 Martha has been working with TLA since 2017 in the capacity of Secretary. She is married and has four children: three boys and one girl.

Martha was one of the first loan program beneficiaries in Tloma, having joined the initial loan group of 20 women when WMI expanded to Tloma in 2014. Through management of her loan funds, she purchased preferred breeds of dairy cows that yielded more milk and added food crops to her business. With her profits she has been able to send all her four of children to school.

In her capacity as Secretary, Martha is responsible for coordinating meetings, keeping the minutes, and maintaining all records. Additionally, she teaches secretarial skills to other women in the loan groups. 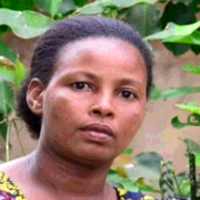 Ms. Imani joined GWOCO as Chairwoman in 2019. She is married with three children, 2 boys and 1 girl.

In her capacity as Chairwoman, she ensures that the organization is managed effectively, controls the membership meetings, and she makes sure all of the loan program participants have a chance to express their concerns and be heard by the group. She also oversees the financial reporting.

Prior to becoming Chair, Ms. Imani was a borrower with WMI. She owns a mixed products shop and small vegetables and fruits shop. Through her loans and training she has been able to expand her business and she started to engage in the agricultural business.